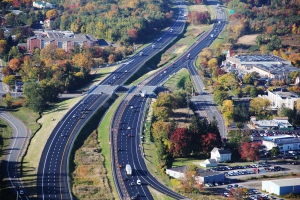 A major Northway construction project affecting countless drivers throughout this year is just about complete.  Barry Wygel has more from Colonie where the DOT just gave an update.

COLONIE, N.Y. — After eight months and $22 million, Colonie is home to the state’s two newest bridges.

“A project of this nature is very critical to our town,” said DOT Commissioner Matthew Driscoll. “The Northway between I-90 in the Twins, is one of the most heavily traveled highways in all of upstate.”

While this phase of the project is almost done, overall questions about the Exit 4 project remain. Airport and town officials have long lobbied the state for a bypass taking motorists directly to the airport.

“That particular project could start in 2019,” said Driscoll.

But Commissioner Driscoll says the gridlock in D.C. could threaten not only this project but many across the state. 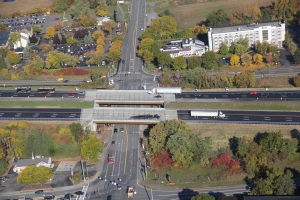 “The governor is really making an honest effort to put more funding towards that from the state half. 40 percent of our funds come from the federal government,” said Driscoll.

With infrastructure across the state consistently receiving poor marks on inspections, the state is forced to prioritize projects.

“There is no new money to be clear, and that’s why it’s so important for the federal government funded surface transportation bill,” said Driscoll.